THE AUTHENTIC UNABRIDGED REVISED AND ENLARGED.....

Actually Webster's International Dictionary. Comprising the issues of 1864, 1879 and 1884.

With a voluminous appendix. Published 1895.

I am a fan of dictionaries---in print form of course! There is nothing like taking a page at random and discovering new words, new concepts. Opening up whole new adventures. 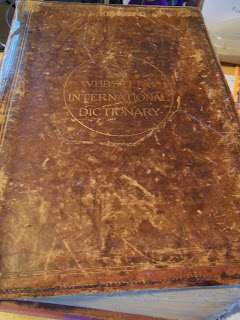 This dictionary was a  present from Steve..years ago....it is a hefty tome, 12 cm thick. The leather cover faded and worn, scraped and scratched, the embossing worn to a mere glint, vanished in many areas...yet so tactile. 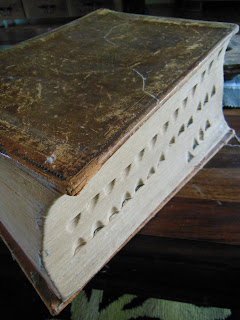 It wants...no demands you to take a chance, to open it. To discover a world that no longer exists.

The wearing of the chemisette ... 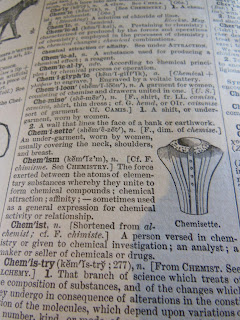 Yep, it is in so many ways another world. A fascinating world.

A world where a koala, a tailless marsupial found in Australia is also known as the native sloth. 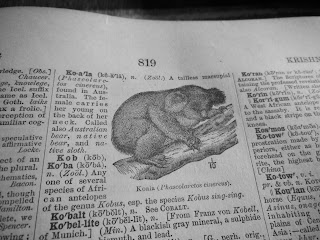 Today, a world where the English language is being destroyed every second...where words are being taken and abused...it is so very nice to reacquaint myself with what once was.

A world where gay meant 'excited with merriment'....when bastard was not a term of endearment....and the f word has yet to exist. 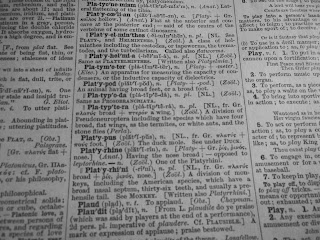 Where the platypus was merely a duck mole.

Dictionaries are becoming a thing of the past.  Kids use google for everything and believe Wikipedia as though set down in stone.  Using a keyboard means that you will often find a red line that indicates the computer has never heard of the word....or else that you are using proper English when your computer would rather you use American spelling. It has a hissy fit when you include words from another language or culture.

This dictionary begins with A.... 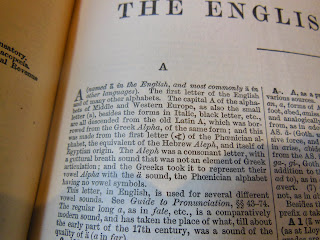 and ends with zuleika. 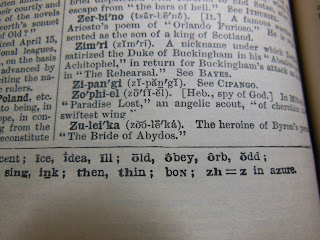 Does that make it wrong? Or merely outdated?

I recommend you do the same. 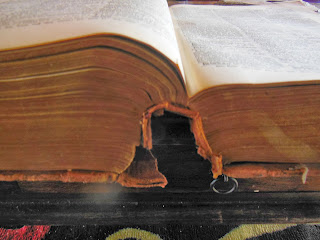