May 07, 2013
On the weekend I went to an art gallery where spoken word is performed every few months. This time there was no poetry or song, instead the exhibition of art work was the lure.

A few months previously, the poets had 'given' their poems for consideration. The artists were to choose poems and translate them onto canvas.

A very interesting, and complex, concept.

Interestingly enough, there were a lot less paintings on display compared to other exhibitions. And several artists had not chosen 'local' poets, but had Australian classics such as Mackellar and Paterson. Perhaps it was more difficult than first thought?

Disappointingly neither of my two poems were chosen, I would have loved to have seen how an artist  captured my 'Geography of Pain' or 'The Third Drawer Down' but then looking back on them, perhaps they were a bit too lateral? Perhaps they didn't grab the artist's inspiration - I don't know but it was very interesting to see what poems were chosen.

In fact, one poem created two paintings, and another poem created four paintings...and both these poems were landscapes. They were very concrete and very visual.

I began to wonder how does one take words on a page and turn it into another form of artwork? 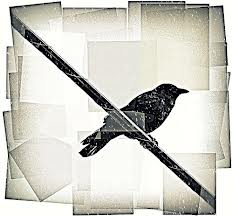 As a writer, and one that attends various workshops,  I have several times attempted writing from a visual. And each time I have been surprised by what is produced.

Whether it is a photograph, an actual item such as a teacup, or a painting...I have always created something interesting and exciting.

But how does it work the other way?  Does the poem, story have to be in English? 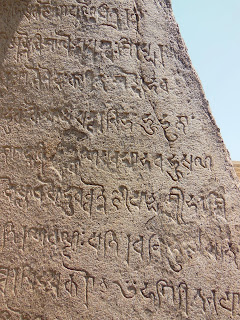 I am not artistic in this way...I can not draw or paint or sketch in any way shape or form. But does the process work the same way as in writing?

I assume that it does to some degree. The artist has to have a connection, whether with the entire poem as a whole, or perhaps a line or two, maybe even particular wording conjures up an image they want to put down.

I find it a fascinating concept. And frankly look forward to next year when I was told the artists will be attempting this again. 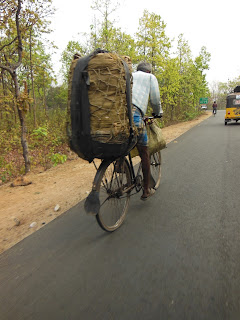 And for the moment I'm attempting a reversal, trying to capture in words what I have seen and experienced.

It is a lot harder than merely looking back at a memory or at a photograph and throwing words on the page. I'm trying to capture the moment, the emotional contact....and not getting very far. 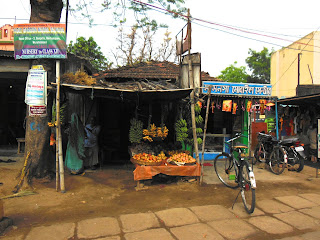