May 21, 2013
Last Saturday I went to one of the Autumn Authors events run by the Dandenong Ranges. This was advertised as Emilie Zoey Baker and friends and being a big fan of Emilie's decided it was time for another dose of inspiration.

And inspirational it was. With Angie Hart, from Frente, and the Body Poet, Sabrina D'Angelo, Emilie gave the audience a great afternoon of poetry, song and...can I say mime?

It was my first experience with the Body Poet, and it was amazing. Not only her ability to make us laugh, in fact one fellow was laughing so much that it was almost more entertaining to watch him instead of the show, almost....but what I loved was her ability to express herself. Without words. 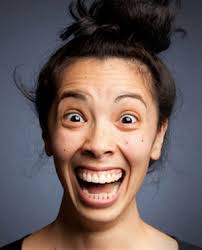 Yes she has a talent, and a face that has an almost rubber like consistency to express any emotion....she also knows how to work the audience.

All three performers had that ability and it was great to see.  Working a room is an artform in itself...and unfortunately a lot of performers- not only spoken word performers, lack this ability.

It also reinforced how important language is---sometimes the lack of it as in the case of the Body Poet---but what words we choose - whether in a story, poem, novel, play....and the weight they carry. 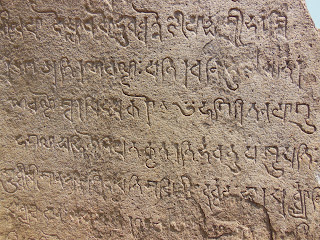 Especially when delivered to an intent and eager audience.

The wrong word jars- makes us shudder. There has been many times as an audience member when I have been listening to performers work when the wrong word or phrase, pulls me out of the web they have woven.

And once you have lost the audience, even for a second, it is quite hard to pull them back in.

As writers we must never under estimate our choice of words, our use of the language. 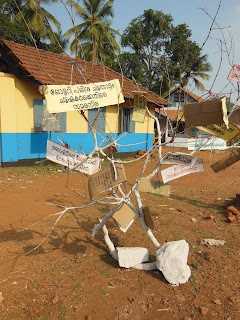 During our trip we saw many of these 'trees'...no one could tell us what they meant, what they were for.

They are important, we could tell that, and perhaps have a religious connection....but once again we were lacking in communication skills. Most of the people we met didn't understand enough English, and we spoke no Hindi, apart from asking for water and saying thank you.

During this trip we came to realise how important non-verbal communication is. There appears to be no Hindi equivalent to 'we have broken down, yet again, where is the closest auto mechanic?'

However lots of looking frustrated, pointing to the offending part of the machinery that has yet again failed and perhaps attempting to kick the rickshaw, often produced knowing smiles and then heh presto a mechanic would appear. 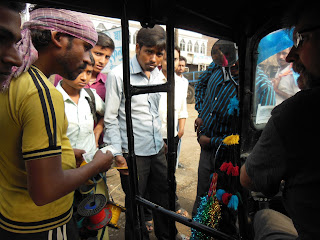 It is the same with performance, as shown by Angie, Sabrina and Emilie. Making sure you have the correct words or phrases---that you are using language skilfully and carefully is only part of the story- if you perform you must also be able to communicate in a non-verbal way that will add strength to the piece.

Having an audience is one thing, keeping them is another. And these three women held us captive.
It was a great afternoon that once again demonstrated some of the great talent we have locally.
And inspired at least a few of us to step out of the box, and bravely attempt new ideas.