May 15, 2012
On Mother's Day I headed up to Bendigo with my daughter and niece to see the Grace Kelly exhibition. We walked around the gallery, oohing and aahing at her clothing (THAT dress from Rear Window), her jewellery and handbag (now THE Kelly bag) and of course her wedding dress. 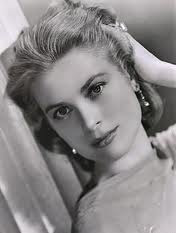 She was definitely a style icon, not only of her time but by the vast numbers of young people viewing the exhibition, of later generations as well. As I drove home, both girls nodding off in the car, I thought of icons and how they inspire. Then I began to think of mentors. Of those out there who push us along. And with writing, we so need that push, well I know I do (and hopefully in the right direction). 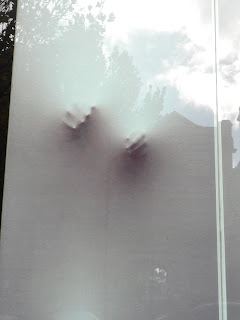 I have been very lucky. I have great support from my writing group, who encourage, push and inspire me to try things I would never have thought possible.

When I first began to write I was invited to a writing group in Box Hill. Nervously I went, clutching a short story in my hand, wondering if I would find the courage to read it out loud. Imagine my surprise when I found a well known author, J, who not only listened to my story, but gave valuable feedback and then said 'you can definitely write, I want to hear more.'

When I told J that I was writing a novel she asked to read it. I gave it to her. And I waited. It came back covered in notes, whole pages crossed out, and pages and pages of comments. 'It's good', she said 'but the wrong person is telling the story.'

I thought about it (after the initial shock of seeing so much of my work crossed out and covered in notes) and decided she was right, I spent the next year rewriting the whole novel. Once again I gave it to J to read, once again it came back covered in notes. It looked a lot like this... 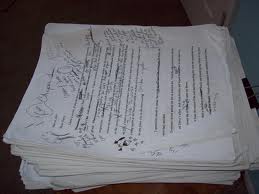 This novel has yet to get anywhere BUT J taught me so much about the craft of writing. Of knowing what the story is about but more importantly who's story it really is. She also taught me perseverance, and to grow a thicker skin. That feedback is always valuable and it's up to the author to either take it or ignore it. J was great for my confidence. She made me realise that I can write, that I have something to say and to believe in myself and my abilities.  And when I do write I stop to think about whether the story is good enough, and whether the right person is telling it.

Later on when I ventured into poetry I met Y... a seasoned poet and performer. She would listen as  I read my work then come up later and tell me when to slow down, when to pause and did I really need that last line? She also told me to push myself. To get out there, get in front of an audience and hone my skills. She still pushes me. Still inspires me.

I also have non-writing friends that push me on, inspire me to try harder. Especially on those days when  I wonder why the hell I keep trying, when I feel that I'm banging my head on a wall, getting nowhere but a major head ache. Then I talk to one of them. They give me that push to keep on.

So a resounding thanks to all those that keep me on the straight and narrow, that keep me writing. And to comments like this from K...
'That's why I love your writing, it's true, factually and from the heart.'.