THE ART OF DOING NOTHING....

My main aim for the week (apart from not thinking of work) was to read. I was going to hit that pile of books that wait patiently for me to get to them. In fact I thought my week would look a lot like this... 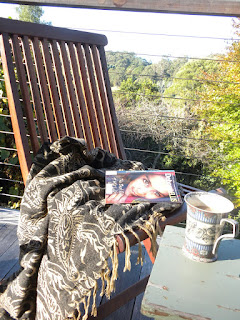 That was the idea. However the first two days were lovely and sunny - so of course I spent them in the garden. I gave up books for trowels and trugs and...managed to get quite a lot done. Garden wise, but not reading wise. 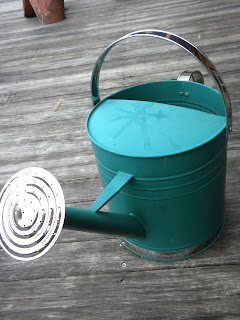 Then the weather turned and I did manage to catch up with a friend for lunch. And make a block for the National Year of Reading quilt that we are attempting to make at work. As this was my first 'proper' quilting attempt (I've appliquéd and crazy patchworked and even hand patched before) and I was using an 'idea' from the net, this took quite a few hours...but it was finally accomplished and has been sent on its way. (it is MEANT to look like some books on a shelf---meant to I said :) ) 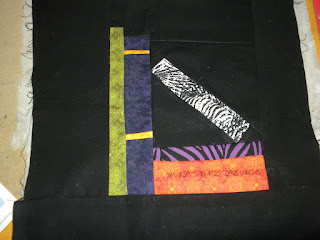 Then the weekend arrived and time was spent with family - my sister and her family were down to help celebrate her birthday.

So both days rushed past - and no massive attack on the reading pile was accomplished. I did manage to write though. A few poems, beginnings of a short story...but more importantly I decided to revisit the novel I wrote for last years Nanowrimo.

It has been an interesting discovery. Because it was an idea that I simply went with - there are no chapters, simply a HUGe block of writing, the use of proper punctuation and grammar was obviously given up on early in the piece...and there are lot of places where I have simply written •••••INSERT NAME OF YOUNG BOY HERE••••••••••

But there is a story being told.

I am still working on it...adding proper punctuation, dialogue marks, capitals and inserting name of young boy here there and other places. And trying to break it up into biteable chunks or if you will, chapters.

It is a work in progress but one I hope to have finished in a few months. Then I'll put it aside and wait a few months more, then go back and see with fresh eyes whether it has any merit. At the moment I think it does. At the moment it's a story that interests me, wants to be told.

As for my pile of books waiting to be read.... 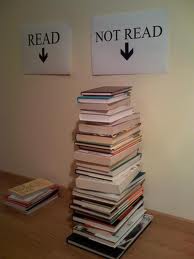 I do have more leave accrued. And I was hoping for a holiday, perhaps OS...but heh my books are calling.

and some are no longer patient.