November 15, 2011
I've been busy cutting words. I don't mean editing, which in its own way is a scary ride...this was actually cutting out words. Removing them. Deleting them.

Not forever. In fact I do know several writers that keep folders with 'bits and bobs' in it. Those deleted sentences and phrases, even chapters, that no longer fit the work they are doing, but words they are unable to give up. Kill your darlings to them, means just move them to another home. 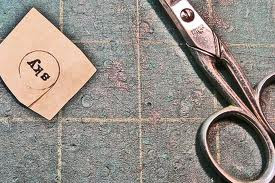 I don't keep such a folder but I did keep a copy of the original story.

I've been working on a junior young adult novel I wrote years ago. One that I really like. One that others have told me is good. I've sent it out a few times, Okay, going back over my records, I've found I've sent it out four times. And with my track record that is pretty damned good.

One publisher asked for all of it and kept it for months and months, eventually over a year before the 'sorry it's not for us' email arrived.

But....in my new found resolution to keep sending my work out, and not to take rejection so personally I found a publisher looking for such a story. Unfortunately I was nearly 5000 words over the top word limit. 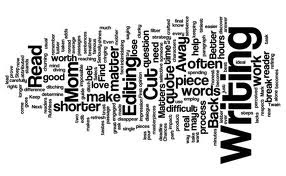 So I began to cut. To snip and remove, delete and kill. All the while trying to keep the soul of the story and not removing anything vitally important.

I wish the end product looked something like this...

It's nothing that pretty or perfect. But in the end, after removing four thousand, six hundred and six words- yes you heard correctly- 4606 words- I still liked my story.

I'm not saying it was easy. In fact I spent over a week on it (after work and life), a few hours here, some there. All the while double checking to make sure it still made sense.

It was a very interesting exercise. Whereas editing is more basic, is this the correct word? Does this phrase make sense? Do I need this? Does this add to the story or take you off in a tangent?

Cutting I found is another craft entirely.

One that I'd rather not do again, but am willing to have a go.

It's all a learning experience isn't it?
cutting deleting editing novel Writing