ALL THE FUN OF REDRAFTING....

November 06, 2012
Each year my writing group has a writing retreat. A few days of good food,  good company, good walks, lots of talking about writing and the difficulties therein, lots of writing.  I usually am very good at the first four options and don't do a lot of writing. I do nut out some ideas, plan a few 'MUST DO' items and usually edit...but I don't write like most of my group do.

Last weekend we had a mini retreat- only five of us could go but it was definitely well timed. While one settled down to TAFE assignments, three wrote and wrote well. They gave themselves time frames in which to just write. Starting at 10- break at 1pm for lunch. Just write. Repeat in the afternoon...and so much was achieved. Very inspirational.

Once again I didn't write - I mean I did write. Being by the beach and going for so many walks (lets say for inspiration and not procrastination) - I managed to put down a poem and a short story. But my main objective that weekend was to edit and redraft....and that I did. 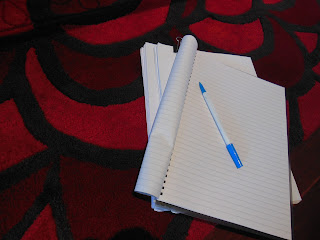 I had my YA novel in hard copy, notebook and pen and I read and took notes....added character descriptions, timeline crunches, noted where characters simply vanished and where they could reappear, had an idea for a major change in what actually happened....and all those tiny glitches like very minor characters having a name change (just one letter missing from surname but that changes their name). 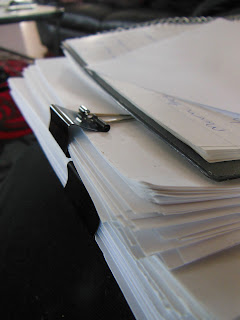 And this of course is not my first redraft---this is my third total edit of the novel (not mentioning those edits of difficult chapters when I go back and forth, trying to make what I want to happen occur). And I'm sure there will be another total edit...perhaps more than one.

This writing game is easy isn't it?

Get an idea, put pen to paper or fingers to keyboard. Get it all done, then send it off and it will be picked up, published and heh presto there is a book in your hot little hands.

Don't we wish. The idea is the fun and easy part. The first draft is still fun. It's all that goes afterwards - that's the hard work. Thinking and rethinking- changing and then changing back- wondering if you have actually taken too much out, put too much in and now it's a meandering wreck - wonder how far removed it has become from that initial sweet little idea. 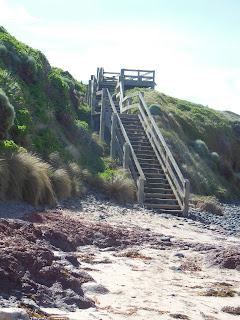 Thats when all you see is how far you have to go...all that climbing still to go before you are even half way. You never think to stop..look back.... 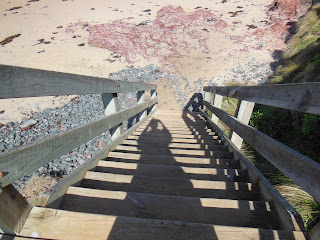 But I think that is what I want to do - should do for sanity sake. I began with an idea, that was it- from there I have worked and worked...and I have a novel. More importantly I have a story.

I don't want to think that it will be one of those that I have written and gone nowhere - one of those novels (yes plural...novels...and I'm not talking children's chapter books, I'm talking of works over 40,000)  that I have worked on over the years and now reside in hard copy in a dusty box or somewhere in the confines of my computer.

If I think about the publishing industry going downhill, that no one will want to read it, that it is all a huge waste of time...why bother?

But I do bother. I keep on.

Perhaps it is stupid. Perhaps it is a huge waste of time and effort...but I want to leave my mark. Put part of myself out there.... 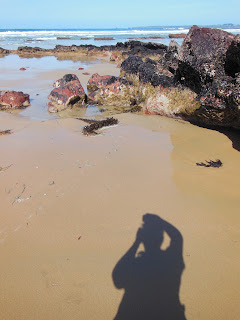 Only time will tell whether it has been useless or not.