REJECTIONS, REFUSALS AND THUMBS DOWN....

July 12, 2011
It's that time of the year - for me at least. I've spent the past few months sending works out...and now the waiting game begins. Waiting for weeks, sometimes months, sometimes even more months. Hoping for that 'yes' but more often than not receiving... 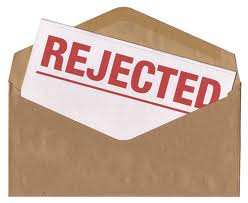 It's a part of life when you write. You sit in your lonely garret, pen to the paper (or in my case, sit in my bedroom, fingers at the keyboard) and you create. You attempt to put down what moves you, those wondrous sentences that dance before your eyes. For me, that's the fun part. The creation. 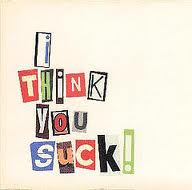 There is no denying that a rejection hurts. Although it is no longer as painful as when I started out- at that early stage I had not built up those layers of self protection. But even now, rejection hurts.

These days I'm able to move on, sometimes very slowly, but move forward (no longer the snivelling mess that sat in the corner and cried WHY WHY WHY?). However sometimes, especially those weeks when nothing but rejections pile up, seemingly outnumbering those submissions you have sent out.... 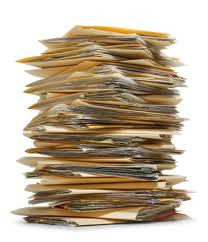 That can still send me reeling. That's when the only cure is a strong drink and a piece of chocolate - make it a large one of each.

But...these days I'm more understanding. I think it's helped that I've been on the other side of the desk so to speak. For the past few years I've been on the editorial committee for the literary magazine Page Seventeen - and it has been a very eye opening experience.

To be part of the team that chooses what makes it into a publication and what doesn't - is a hard job. Often there is too many good works and sacrifices have to be made, often along the lines of 'this story is very similar to this one in concept, which is the stronger one?'

Being a pessimist I realise a piece can be rejected because it wasn't good enough. Needed more work, is considered merely a first draft. But also being a logical person, I realise that often a story or poem is rejected because it doesn't fit the style of the magazine, or there were a few pieces with the same style or theme and the strongest had to be chosen.

So I'll continue to send work out there....flinch every now and then at a rejection, sometimes even reach for that stiff drink...but I'll move on. After all... 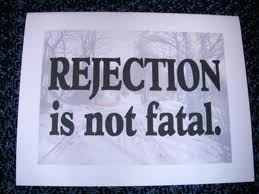 I couldn't finish a piece about rejections without including this link...this is amazing!