November 26, 2013
A few weeks ago, I had the chance to take a teen version of a book chat (the usual co-ordinator/ founder was away). At first I admit to being worried...what do we talk about....what if they just sit there and say nothing....what if we have no connection?

I was told not to worry, supply food and talk...they'll talk back.

So of course I supplied food.... 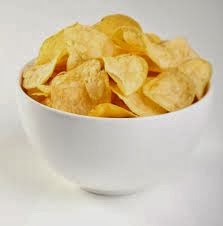 which they devoured in minutes.

I had come semi- prepared. I had a trolley of new books - I had some books listed in the Inky Awards - and at the last minute I grabbed a pile of books that I had read over the year. I read a lot of Young Adult, mostly because I like it and there are some really good books out there.

My semi preparation paid off. The talk began with the usual 'you're not J'...and I do the usual 'Yes, I'm not J I'm Vicki and I'm taking the group today.' I asked their names, and what kind of stuff they liked to read. It was a small group but they were readers. Eclectic readers most of them...which gave us so much to talk about.

And talk we did. We talked about the Inky Awards- and how it would be interesting to see who wins them but also they talked about not really caring. A book having a sticker announcing it had won a prize doesn't make them want to read the book any more or less than before.

We talked titles and covers, and how so many times the blurbs are so different from the actual novel.  And how so often they feel cheated because of this. 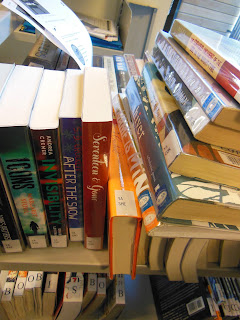 We discussed how often the covers are 'girly'...not gender neutral (which puts off both boys and girls- not every girl wants to be seen reading a 'girly' book).  They all said they do not go by a cover alone, but it can make the difference between picking up a book or not. They then read the blurb and a couple said they always read the opening page or two before deciding whether to give it a go or not.

All agreed that time is short and there are too many books to read out there, so if a book doesn't grab them they give up.

We talked about censorship...what could and should be in young adult fiction..whether there is something that should not be written about (they decided not).

We chatted about whether parents had any influence on what they read (all said they would listen but would read what they wanted to regardless.)

I needn't have worried about having nothing to talk about---we talked the hour away- in fact we talked longer. I looked up at the clock and it was five minutes before home time. We had gone on for an hour and a half.

Talking to the group reinforced so many of my own thoughts and opinions. I really don't know who the publishers talk to before they design covers and write the blurbs- but honestly they should talk to the teenagers out there who will be reading them.  Because the majority of these teenagers choose their own books, whether buying them themselves or getting them from libraries- both school and public. 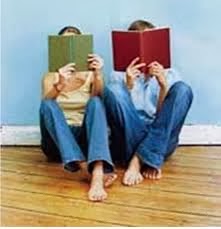 I really enjoyed the chance to talk to the teens- to see what they were reading- what they thought about fiction in general. I had to laugh at their 'I'm so over vampires / angels / demons / spies / aliens / mermaids...give me something real.' I too groan when another load of angel or vampires or undead books come in.

But what made my day was when one of them called out to me as I was leaving and told me I did a good job, that they enjoyed it.

That and the fact that yes there are teenagers out there reading---reading widely and reading a lot. It's our job to make sure that this continues.