June 19, 2012
One of the first plays I ever saw was Chekhov's The Seagull. It was for year 12 Literature and I still remember the ending. The sound of the gunshot ringing through the theatre, then the announcement that Konstantin was dead. 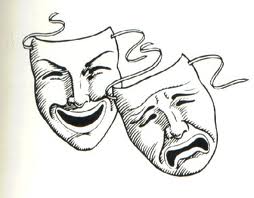 Over the years I have been to more plays. Some good, some not so good. Some very slick and some very amateur. But I have never thought about writing a play. Well a 'real' play.

I have written a children's play that was published in a magazine and then shortlisted for a competition and came quite close to being performed. But that has been my one shot at being a playwright. 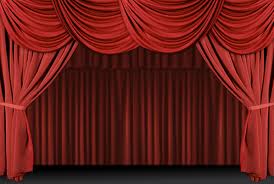 A few weeks ago I went to a local theatre with some friends. It was to be a night out, some fun. Nothing more.But as I sat there I began to edit. Yes, I will put my hand up and say I wasn't lost in the magic that was in front of me,  I watched and listened as a writer. And I began to edit, thinking to myself 'if they cut that there and reinforced the theme in this scene'. I wondered about setting, about using the stage...and then to make things more complicated the friends I was with began to talk about what they thought was over written, what they would have done with the theme/topic/ characters.

All the way home and for the next few days all I could think about was what would I have done with those characters in that setting.  What would I have them say?...Not say?  Because one of the things I discovered that night is how important is the silence between words. How what isn't said is just as important as what is said.

I suppose it's like the white space in a poem. The timing and pacing in a short story.

As of yet I haven't done any more than thinking about how a play is set out. About dialogue and the simplicity of set.

But there is a niggling...a wondering if I could do that. Could I write a play? 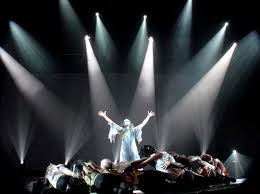 So here's to a decision. To whittling down my list of THINGS TO DO to a manageable and achievable list, to actually get some of these things done. To stop dreaming and start doing.

Here's to an end of procrastination...